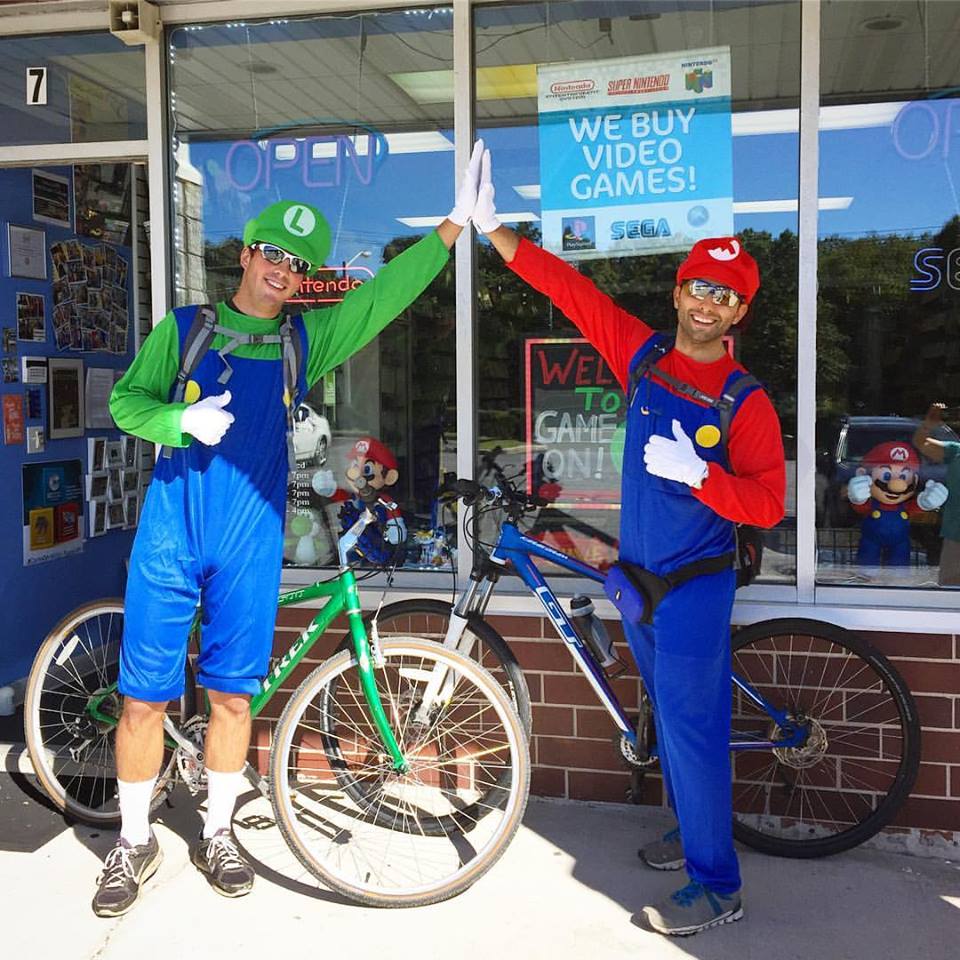 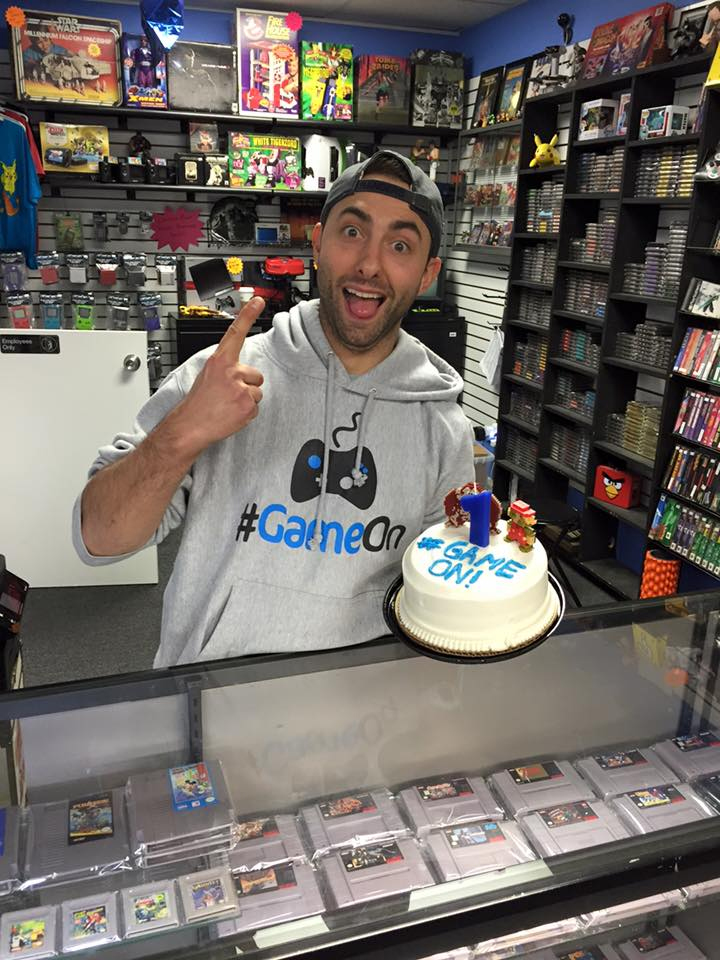 Hi, My name is Tristan Whitworth and I’m the owner of #GameOn Video Games, Action Figures and More. I’d like to share my story with you by telling you a little bit about my life and how my business came about.

I grew up playing video games alongside my three brothers: Wesley, Brandon, and Rory. Having played everything from Nintendo NES to Atari 2600 to Playstation, I will forever cherish the memories of long nights battling monsters, saving princesses, and leveling up our mighty characters.

Our family did not always have enough money for the latest and greatest games. Accounting for this, our dad implemented a household rule in 1989 when we got our first Nintendo NES system: “When you beat the game, I will buy you a new one”. Easy enough, right? Not exactly. You try beating Contra at age 5 without the 32 life code, or defeating my greatest adversary: Mike Tyson in, Mike Tyson’s Punch-out.

Being the entrepreneurs that we were, my brothers and I started a “Nintendo Power Club” by signing up the kids on our block for a monthly fee. Not only were we able to create a group of fellow gamers, but we also managed to raise money for a Nintendo Power Magazine subscription—an absolute necessity in our pre-internet era—as well as for some new games.

My brother Brandon and I would spend hours just watching my brother Wesley play Final Fantasy 3 for the Super Nintendo, each of us vying for the privilege to hold the game’s world map. My love for the 1980s and 1990s, however, doesn’t stop there. My brothers and I were obsessed with all of the cartoons and toys of those joyous decades. We frequently made our mom wait on lines at Caldor for the newest He-Man, Thundercat, G.I. Joe or even Battle Beasts action figures. Many mornings began with us just barely making our school bus because Shredder and Krang were at it again on an episode of the Teenage Mutant Ninja Turtles.

In the year 2000, we lost our oldest brother, Wesley—the rock of our family. After this, we all had to grow up a little faster than we should have, and I started taking life way too seriously. Video games suddenly became too difficult to play, as they reminded me of times with Wesley.

My video games days were officially over as of the year 2003, when I decided it was time to “grow up.” Four years later, Bachelor’s degree in hand from Hofstra University, and upwards of 70 thousand dollars in student loans, I was nervous to say the least at the prospect of “making something of myself.” Applying for jobs over the next year got me nowhere. You would think that for as much money as college demands, they would prepare you on the practicalities of actually landing a job.

So, what was next? Graduate school, of course. I took the plunge. After finally getting accepted into Stony Brook University’s Doctorate program, my family and I were thrilled. In my first year, I learned more than I thought my brain could ever absorb, and I loved it. Yet, still having my student loan obligations to fulfill, I found myself on Ebay selling toys and video games that I’d discovered in yard sales and thrift stores—revisiting those little treasures from my past. Eventually I found my life balance veering in another direction, as I was spending more time on Ebay than on learning about total hip precautions and how to write a S.O.A.P note.

Having met amazing people along my treasure hunting travels in those yard and thrift sales, I soon came to realize how a simple toy, action figure, or video game had the power to evoke incredible emotion and even change a life. It was then that my passion for those childhood treasures was rekindled, and I was hooked again. Though everyone thought I had gone crazy, I made the decision to officially withdraw from Physical Therapy School to finally “make something of myself” in my own “crazy” way. With this rekindled passion, I knew I had a better chance of bringing joy to others in this world, because now I knew how to find joy and value in my own work first.

With no business education whatsoever, I decided to start small by running my business out of my home. Yet, something was missing. In essence, I wanted to give back; I wanted to become a part of the community. By opening this store, I have found ways to fill that gap.

The creation of #GameOn became a reality in January of 2015 as a tribute to my brother Wesley, my family, and all who had helped me along the way. We are located in Miller Place, New York, and we are way more than just a store as you will see for yourself from you very first visit. I am thrilled to be able to work alongside my younger brother Rory, and still hold onto hope that our older brother Brandon comes to his senses and leaves the corporate world!

Thank you for taking the time to read this. Come on in, say hello, and be taken back to a time when TGIF ruled; blowing in game cartridges was the norm; and the only thing you had to worry about was how to win back the POGS you lost at recess. Tristan Whitworth